3D animation is the process of illustrating digital objects in a 3D space. The viewer is led to believe that the elements exist in three-dimensional space even though the objects themselves are generated and displayed in two dimensions. This is accomplished through the use of shadows, detailed movements, and reflections.

Video games, mostly, were the first sectors to adopt 3D animations to design gameplay. But, as the users loved seeing their favorite characters moving in a 3D space, entertainment sectors like movies, TV, and animated videos adapted to the technology.

Difference Between 2D and 3D Animation

The fundamental difference between 2D and 3D animation is the number of axes. While 2D animation depends on a horizontal x-axis and a vertical y-axis, 3D animation includes critical z-axis for depth. This “depth” creates a perception of characters moving in a 3D space while keeping the animation’s essence intact.

Apart from movies and television, marketers have also become reliant on 3D animation in recent years. Many brands use VR, AR, and other 3D animation techniques to demonstrate their products and services. As 3D animation is still pretty uncommon and costly in advertising, it helps catch more eyeballs than traditional 2D advertising. If you’re seeking motion graphics and 3D visualization for your brand, animation studios Los Angeles can surely come in handy.

2D animations, historically, were rendered by creating a sequence of hand-drawn characters and objects moving in 2D space. While this has changed with the introduction of computer-generated graphics, they are still flat and lack depth, whereas 3D animations are more lively and tangential to the real world.

Early in the 20th century, a kind of 3D animation known as “claymation” or “clay animation” was created. It required building clay replicas of real things and filming the replicas being manipulated and positioned in stop-motion. The Sculptor’s Welsh Rarebit Dream, a trick film produced by Edison Manufacturing in 1908, was one of the earliest examples of claymation.

The claymation of figures in Shaun, the Sheep, helped the film company Aardman gain fame. Although claymation produces a truly amazing appearance, it takes a lot of time to complete. Each clay model must be moved through a series of poses, with each one being photographed.

In the 1960s, computer animation began to flourish. The most popular type is computer-generated imagery, or CGI, which displaces claymation. Toy Story, the first film in history to be computer-generated, was produced by Pixar in 1995. With global revenue of $365 million, it was a great hit.

Today, CGI has continued to evolve to illustrate humanoid models with 3D animations. The latest movies and series of Marvel, DC, and many other franchises heavily rely on 3D animations to generate an immersive experience.

How 3D Animations Are Made

The process of producing a 3D animation is divided into three parts.

Modeling describes the process of creating 3D objects within a scene. If you were to develop a live 3D animation of a dinosaur, you must model the animal before implementing movements onto it. The same goes for any other object you may need to place within the plane, including trees, grass fields, and the sky. Moreover, if the scene requires several different animals to be included, each must be modeled differently.

Following the creation of the models, 3D animators place the objects per the layout requirements. Animation comes after that. The movements of each model, including their hand, leg, head, hair, and any other part, require extreme precision and accuracy. If a scene requires utmost detailing, the different parts of the same model can also be animated differently.

Rendering is the output of the complete 3D animation. It’s a compilation of the previous parts and a few different sub-parts.

Although the animation part is limited to these three processes, developing a whole 3D animated movie or scene requires much more—starting with concept and storyboarding—where the characters are drawn by hand to demonstrate what they are supposed to do. Then, in the modeling stage, mapping, texturing, rigging, and skinning techniques are used to give extensive animating capabilities to the animators.

Everything that is often thought of as special effects—things that explode, disappear, transform, etc.—is included in composing. Stage expansions (digitally enlarging the scene stage in post-production), as well as environment construction (creating anything from structures to whole planets), and blue/green screen substitution, are also included.

After the animation part has been completed, lighting and sound effects are implemented to give it a more realistic 3D effect. Artificial camera angles are also used for cinematic purposes. The camera angles, unlike in the real world, aren’t limited. The 3D animators use their artistic liberty to generate any amount of wide-angle or close-up shots.

The Future of 3D Animation

It is challenging to anticipate the future of technology, as it is with other fields of study. It’s difficult to think that 3D animation can be much finer than it is right now. However, the emergence of augmented reality (AR) and virtual reality (VR) indicates how rapidly it is already changing.

As we’ve seen over the past years, 3D animation is probably going to become even more commonplace and be employed in everyday communication as well as in business. Now, animation is used in marketing by companies just as frequently as it is in fresh animated television programs.

Additionally, animators will likely be able to work more quickly thanks to machine learning, which involves a computer evaluating input and automatically creating a pertinent result.

Hopefully, we can give you a brief perspective of what 3D animation is and how it’s created. As it’s useful and engaging for movies and television, it can be quite effective for your branding purposes. Although the first 3D animation was prevalent in the early 1900s with clay animations, the first 3D animated computer-generated movie was Toy Story. The future of 3D animation and CGI, although hard to predict, is looking bright. 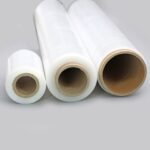 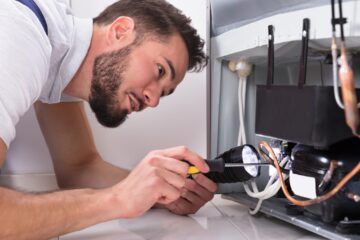