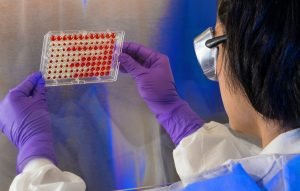 Photo by CDC from Pexels

Antibodies are essential constituents of the immune system, combating infection and disease to defend the body. Understanding and researching the genetic makeup of these vital immune system components is critical in many diverse applications such as antibody engineering, functional optimization, database banking, and new antibody clones.

This article brings you five of these essential facts regarding techniques for antibody sequencing.

What is Antibody Sequencing?

Antibody sequencing is merely the process of defining the amino acid sequence of an unknown antibody. At times this doesn’t require access to any hybridoma cell line or mRNA. This was made possible by employing mass spectrometry for de novo sequencing.

The idea behind the de novo sequencing is simple – to take advantage of the mass difference separating two fragment ions to identify a peptide sequence residue’s mass. Due to the differences in mass of the majority of the amino acids, except for isoleucine and leucine, it’s technically possible to determine the peptide sequence. 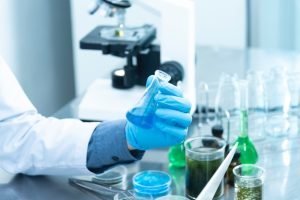 Photo by Chokniti Khongchum from Pexels

This was one of the earlier techniques for identifying the nucleic acid sequence in antibodies. It’s also known as Sanger sequencing and involves the division of samples into four separate vials containing all DNA polymerase and deoxynucleotides. During the transcription of DNA, each vial also receives modified labeled di-deoxynucleoside triphosphates (ddNTPs) to conclude DNA elongation. A different ddNTP is added to each vial to terminate sequencing on separate nucleotides.

The resulting fragments can later be separated using electrophoresis, which helps determine the DNA sequence via the relative position of each band. This is the same process used in the human genome project of 2003 to first sequence the entire human genome.

These are modern or next0-gen sequencing techniques used to identify the nucleic acid sequence of DNA. Researchers can rapidly obtain results and process several hundreds of fragments simultaneously using fluorescently labeled dNTPs. This technology of antibody sequencing involves four primary phases, which are: 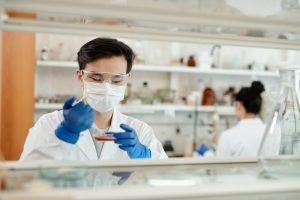 Photo by Edward Jenner from Pexels

Instead of sequencing the nucleic acids, there is another alternative. This option is the de novo peptide sequences, as earlier mentioned, that can enable the sequencing of the amino acid of a specific antibody. From the onset, the sequence gets fragmented; then, it grows through tandem mass spectrometry to determine each fragment’s mass-to-charge ratio. This makes it possible to identify and reconstruct the fragment sequences into a complete sequence via bioinformatics software.

Another probable approach that could help determine the peptide sequence of antibodies is the Ednan sequencing method. This process works by repeatedly taking out one amino acid, deducing it, and then returning to select another amino acid. But, you need to know that this technique is highly error-prone and is relatively slow. 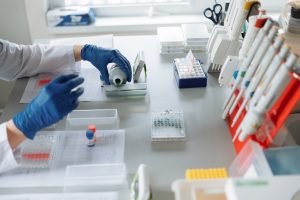 Photo by Thirdman from Pexels

The main focus of most sequencing technology today is to get perfect protein sequencing. As a result, the scientific community is in an eternal pursuit to find an optimized workflow and software to facilitate the sequencing of every protein, while ensuring the highest quality standards.

Consequently, modernized methods based on mass spectrometry can help sequence all kinds of antibodies, be it IgA, IgG, IgM, Fab, and many others. Apart from humans, the technique also works on various types of animal species such as rats, mice, hamsters, and rabbits.

After the antibody analysis, the deliverable is made of a comprehensive report that offers the entire sequence, including light and heavy chains, with the necessary data to support the results. The report includes any relevant and applicable comments like any unexpected antibody variations observed during the analysis process. In a given situation, the sequencing technology for antibodies will need 0.2 mg or more, as earlier stated, which will have to be no less than 95% pure. The typical required during the de novo technique is about one to two weeks after submitting the sample.